If you travel down Felton Street today, you will pass the Peabody Historical Society’s Felton-Smith Historic Site and end at the City of Peabody’s Brooksby Farm.

Image if you walked here 386 years ago – how different the land would be then. 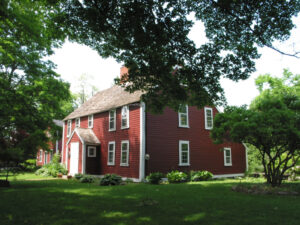 In 1636, at the age of 48, Eleanor Thrower Felton, a widow from Great Yarmouth, England, traveled to the “New World” with her teenage daughters, Margaret and Judith, and her son, Nathaniel Felton, Senior.

John Felton and Eleanor Thrower were married in April of 1612 at St. Nicholas Church, Great Yarmouth, England. John ran a brewery until his death in 1626. Eleanor raised their 5 children, who were between the ages of 6 months and 12 years old when their father died. Eleanor continued to run the family brewing business for at least 6 more years. Like many before and after her, Eleanor viewed the move to the “New World” as a fresh start.

The Felton family built some of the first homes on Mount Pleasant in the Brooksby area of Salem (now Felton Street in Peabody) circa 1644. From 1636 to 1644, Nathaniel Felton, Senior cleared the land for their farm and homestead. The Feltons established themselves as important members of their community and church.

On August 5, 1692, Nathaniel Felton, Senior, and his children, Nathaniel Felton, Junior, Ruth Houlton, Elizabeth Watkins, Hannah Endecott along with their husbands, and others, signed a formal petition defending their neighbors, Elizabeth and John Proctor, during the Salem witchcraft trials. A great act of defiance and courage in those scary times! 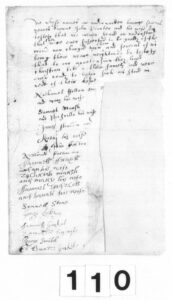 A Copy of the Original Petition. Courtesy of the Essex County Court Archives, Salem — Witchcraft Vol. 1, no. 110. 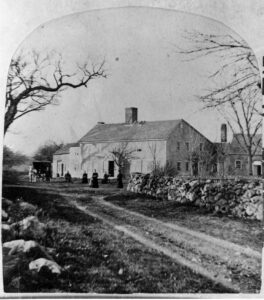 The original house was added onto over time. In 1746, Skelton Felton sold the home to his cousins, Malachi and Samuel. They separated the house into two structures. Samuel moved his portion to what is now 43 Felton Street (the Nathaniel Felton Junior House).

The houses were occupied for almost two centuries by the Felton family. In 1902, the land was purchased by Joseph Smith, a shoe manufacturer from Lynn. Smith built the iconic red barn to house apples from his orchards. 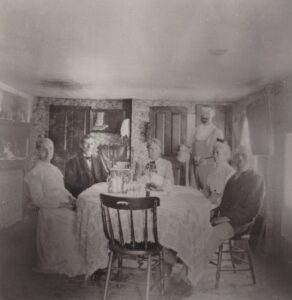 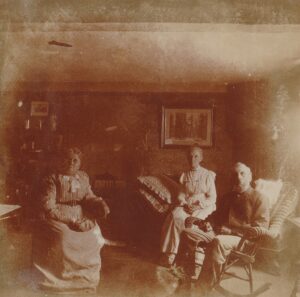 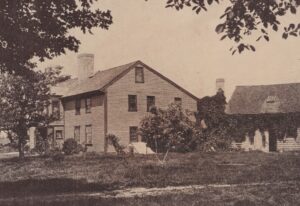 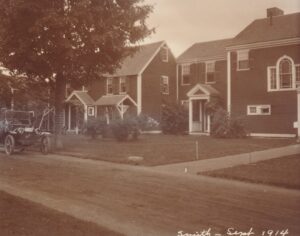 Photograph of the Nathaniel Junior House, taken by William Austin Smith, September of 1914; the west section of the house can be seen. 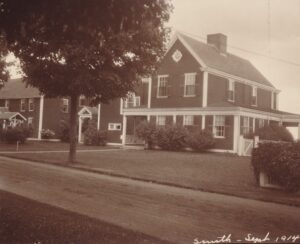 Photograph of the Nathaniel Junior House, taken by William Austin Smith, September of 1914; this image shows the expansion of the home to the east, including a beautiful veranda porch which was removed due to a tax dispute in 1964.

Each year, the Felton Family Association has a reunion for descendants of Nathaniel Felton, Senior.

If you or anyone you know is a Felton descendent, please reach out to Carol Parker, parkercarol64@gmail.com, for more information and to RSVP to their July 31st event at the Nathaniel Felton Senior House.

The Library and Archives of the Peabody Historical Society & Museum, including research compiled by Heather Leavell and Betty Cassidy.