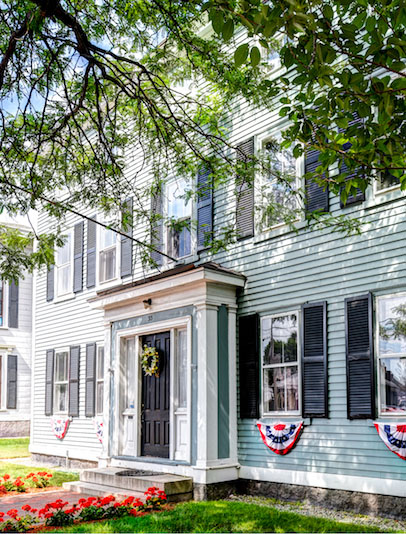 This National Historic Landmark was the home of Revolutionary War hero General Gideon Foster and his family. General Foster courageously led militiamen from South Danvers (now Peabody) in the Battle of Lexington and Concord, the siege of Boston and the Battle of Bunker Hill. This stately, Federal style home was built in 1810 and purchased by Foster in 1815. After several successive owners, the house was sold to the Peabody Historical Society in 1916 and became its permanent headquarters.

The first floor of the Foster House features a Federal style dining room and a Victorian parlor that interpret the occupancies of the Foster and Merrill families of Peabody. The second floor galleries house the Society’s extensive costume and textile collections, including clothing, hats, shoes, jewelry, table linens, quilts, samplers and other needlework. Exhibits on the third floor feature military artifacts that were used by local citizens who served in major conflicts from the Revolutionary War to the war in Iraq. 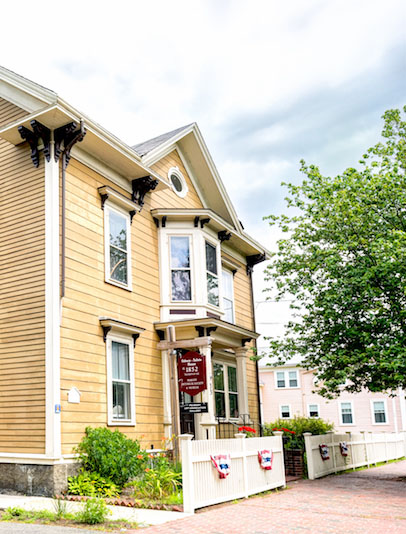 This circa 1860 Italianate house was built for Thorndike and Sarah Daniels and later occupied by Dennison Osborne and his family. In the early 20th century it was converted to a boarding house for local artisans, businessmen and factory employees. From 1945-1997, the house was owned by Dr. Benjamin Salata, a dentist, and his wife, Celia, a music teacher. In 1997, Celia Salata donated the house to the Peabody Historical Society. The Osborne-Salata House now serves as the home of the Society’s Elizabeth Cassidy Folk Art Museum, the Clyde and Mary Hudnall Military Room and rotating exhibit space. 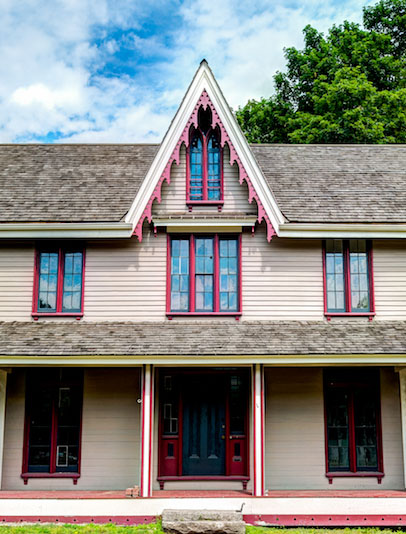 This Gothic Revival cottage was built in 1847 by General William Sutton as a wedding gift to his daughter, Elizabeth, and her husband, Abel Pierson Jr. General Sutton was one of the wealthiest and most influential residents of Danvers (now Peabody).  In addition to a 47-year career in the Massachusetts State Militia, Sutton amassed great wealth in the wool and hide trade and owned mills and farms in Peabody, North Andover, Ipswich, Boxford, and Middleton.

In March of 2009, the Sutton-Pierson House was donated to the Peabody Historical Society by the developer of the Aborn Street lot on which it was located.  The house was moved to a vacant lot adjacent to the Osborne-Salata House on Washington Street.

New Location of the Ruth Hill Library and Archives

The Society is restoring the home and will utilize it as the location of the soon-to-be-expanded Ruth Hill Library and Archives. More details will be announced Fall 2019.

The Society’s extensive archives, gathered over the course of the past one hundred years, document all aspects of Peabody’s history. The research library is a leading repository for historic printed material and images of the City of Peabody, and it is an essential resource for scholars, genealogists and property owners. 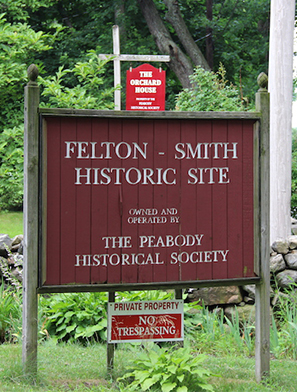 Owned and operated by the Peabody Historical Society, the Felton-Smith Historic Site is located in an idyllic setting adjacent to Peabody’s Brooksby Farm. The site is home to the Nathaniel Felton Senior and Junior Houses, Orchard House, Woodland Gardens, Smith Barn and Peabody Historical Fire Museum, and represents over three centuries of the region’s history. 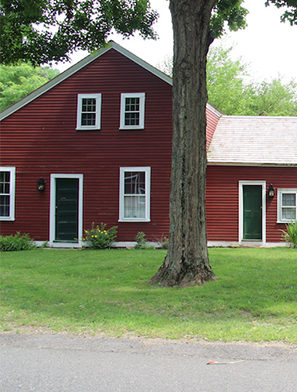 The Nathaniel Felton Senior and Junior Houses were among the first homes built on Mount Pleasant in the Brooksby area of Salem (now Peabody) around the year 1700. The houses were occupied for almost two centuries by the Felton family, most notably by Nathaniel Felton and his son of the same name, who famously defended their neighbor, John Proctor, during the Salem witchcraft trials.

In 1902, the Felton homes were purchased by Joseph Smith, a wealthy shoe manufacturer from Lynn. Smith also purchased several abutting properties and established Brooksby Farm. He planted orchards, cultivated pasture land, and built a large barn and a caretaker’s cottage, called the Orchard House. The family also built large additions onto the Senior and Junior houses and used the property as a summer residence.

In 1976, Eleanor Smith, the widow of Joseph Smith’s grandson, gave the Peabody Historical Society the Junior House, Smith Barn, Orchard House and 8.5 acres of land. Seven years later, Janet Smith, the grand daughter of Joseph Smith, bequeathed the Senior House and an additional 8 acres of land to the Society. Around this time, the City of Peabody purchased 200 acres from the trustees of the Smith estate, and now maintains Brooksby Farm as a working farm and recreational area. Both the Nathaniel Felton Senior and Junior Houses are listed on the National Register of Historic Places.

While the Nathaniel Felton Senior and Junior Houses have been altered over the past three centuries, the properties retain many components of their original construction. Tours feature period rooms and a discussion of Felton family history, first period architecture, and daily life in the Colonial period. 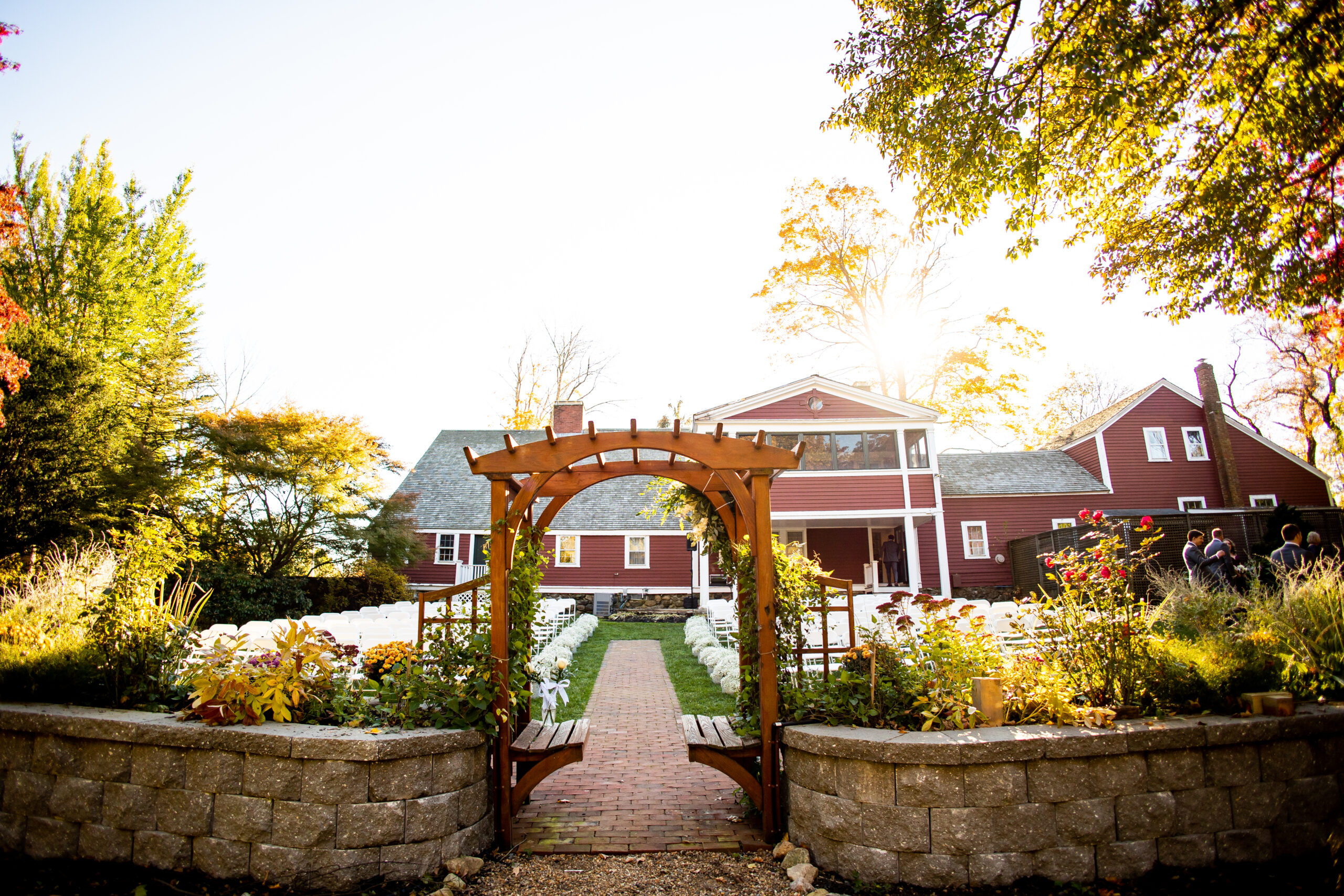 The Society maintains a beautiful garden in the lush woodlands behind the Nathaniel Felton Junior House. This site was once the location of extensive, formal gardens that were cultivated by the Smith family in the early 20th century. Visitors can experience the year-round beauty of the Woodland Gardens, from the blooms of the perennials in the spring and summer, to the rich reds and oranges in the fall and the verdant evergreens in the winter. 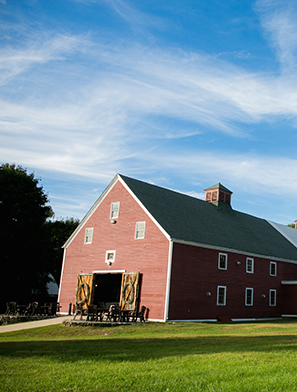 The Smith Barn was built in 1903 by Joseph Smith to store apples harvested from the orchards, grain for the animals and farming implements. The Barn is now the site of numerous community events, including the Society’s annual craft fair in October. The Barn can also be rented for weddings, corporate events, and private parties. 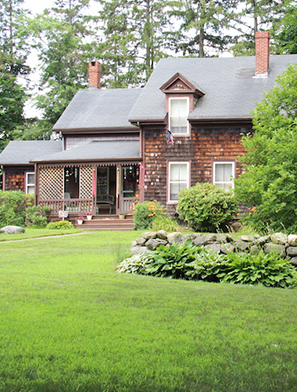 This lovely Victorian cottage was built by Joseph Smith in the early 20th century and served as the caretaker’s residence. The home is privately rented and is not open to the public. 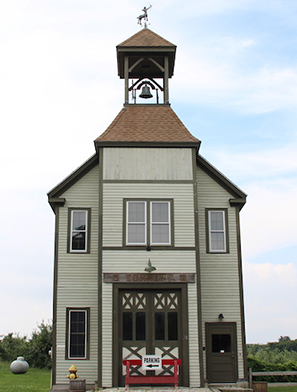 The circa 1875 building housed the Peabody Engine Company No. 3, which was originally located on Endicott Street. In 1990, the Society saved the property by relocating it to the Felton-Smith Historic Site. The Museum features exhibits of rare firefighting artifacts from Peabody and the North Shore. The Society welcomes fire-related organizations to use the museum free of charge for meetings and other gatherings. For more information, call 978-531-0805.