There are Cows in Peabody 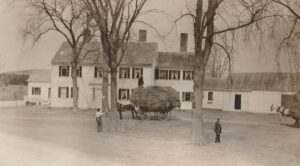 In 1626, upon the arrival of English settlers, Peabody (then Salem) was hilly and forested with many brooks, ponds and rivers.

The settlers undertook the arduous task of clearing the land of trees and stones. In the interim, they grew corn, which could grow between trees, and was nutritious for both people and animals. 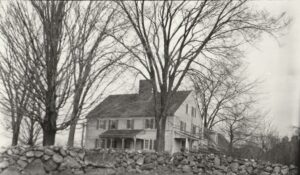 The Herrick Farm, Winona Street, circa 1900

In addition, the farmers would cultivate a “kitchen garden”. This rounded out their diet, with vegetables familiar to them, such as carrots or cabbage. Apple orchards were also popular, as they were dual purpose, proving fruit and cider. They brought farm animals over with them on their journey from England, including chicken, goats, pigs, sheep, horses and cattle.

By 1850, farmers produced more product for wholesale and retail sales—such as fruits, vegetables, milk and hay. The farm was no longer responsible for providing all the food a family might need. 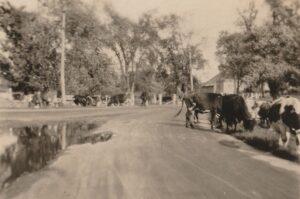 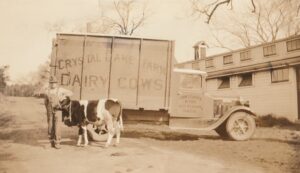 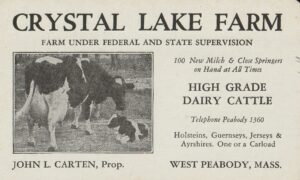 Crystal Lake Farm, run by the Carten Family, circa 1930

In 1900, downtown Peabody was defined by the leather industry and other manufacturing concerns. However, West Peabody and parts of South Peabody retained their rural character into the latter half of the 20th century. Family farms continued to dominate the landscape until post-World War II, when land was sold off for housing developments. 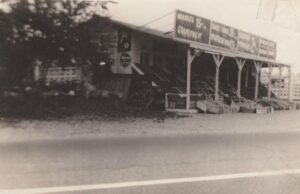 Today, the City of Peabody operates two working farms—Brooksby Farm and Tillie’s Farm. Both parcels of land have been farmed since the 1600s. 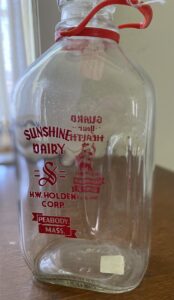 Our email incorrectly listed the date of this milk bottle. The earliest it can be is 1961. 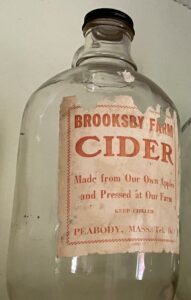 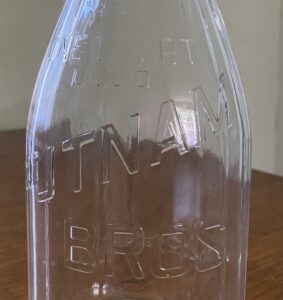 Dunajski Dairy was started in 1920 and is today known as Pure Country. They are the last operating dairy farm in Peabody, located on Buxton Lane. Their company motto is “There are Cows in Peabody…”

Learn More About Them Here

In partnership with the City of Peabody and the Peabody Rotary, the Historical Society is writing a panel on the history of West Peabody farming to be displayed on the Independence Greenway Bike Path.

We want you input. What farms do you remember? Share your memories by emailing nora.bigelow@peabodyhistorical.org 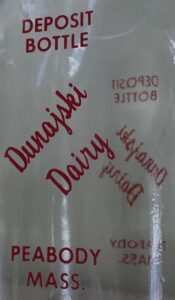 Staff Reporter, Salem News, “History Lesson: Piecing Together a Primer on City’s Past”, 2014.