Behind Every Great Team

Last week, we delved into the impressive career of John Bezemes and the Peabody High School football team of 1938. Behind every great team is a skilled coach. Theirs was William O. “Big Bill” Seeglitz. 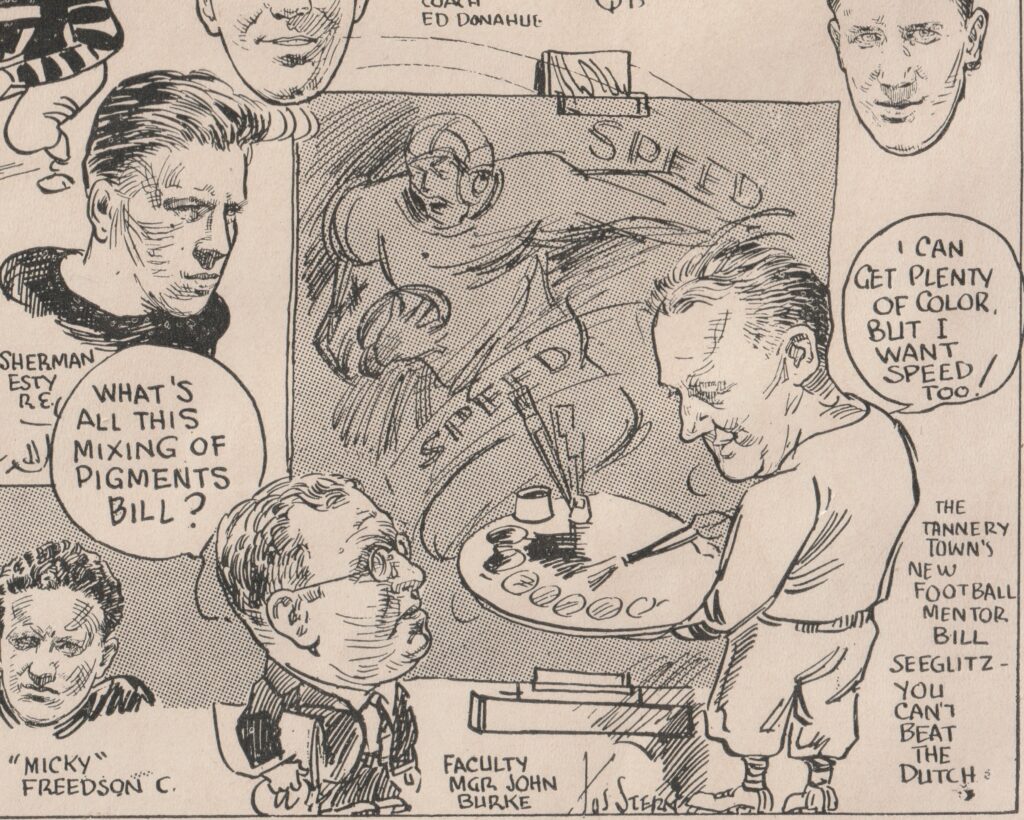 Seeglitz was born in Chicago, Illinois in 1897. He was an excellent student athlete whose life was changed with a World War. Seeglitz served in the United States Army during World War I, as a wagoner of Company B of the 40th Engineer. He was injured during the Battle of Chateau-Theirry; his recovery took a year and a half and he had a steel rod inserted in his right leg. He was awarded with a Purple Heart Medal for his bravery.

Upon his return home and with his new physical restrictions, he could not play collegiate sports. However, he was an accomplished artist. He received his university degree from the Chicago Art Institute. He taught art and coached high school football in Mooseheart, Illinois. He encouraged his team to play teams from around the country. He had successfully coached Mooseheart for 16 years, when his team traveled to Malden, Massachusetts in 1934. During this trip, his coaching acumen came to the attention of Peabody High School, who was looking for a new coach for the 1935 season. Seeglitz was recruited and moved his family from the Midwest. 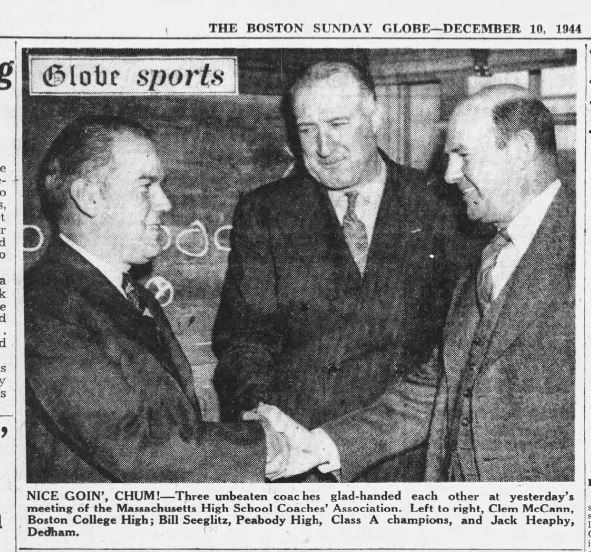 His career at Peabody marked many firsts and innovations in high school football. He introduced night, Sunday and off-season games. In 1936, he was named as Peabody’s Director of Athletics. He would be the first person to hold a position like this in Massachusetts schools. 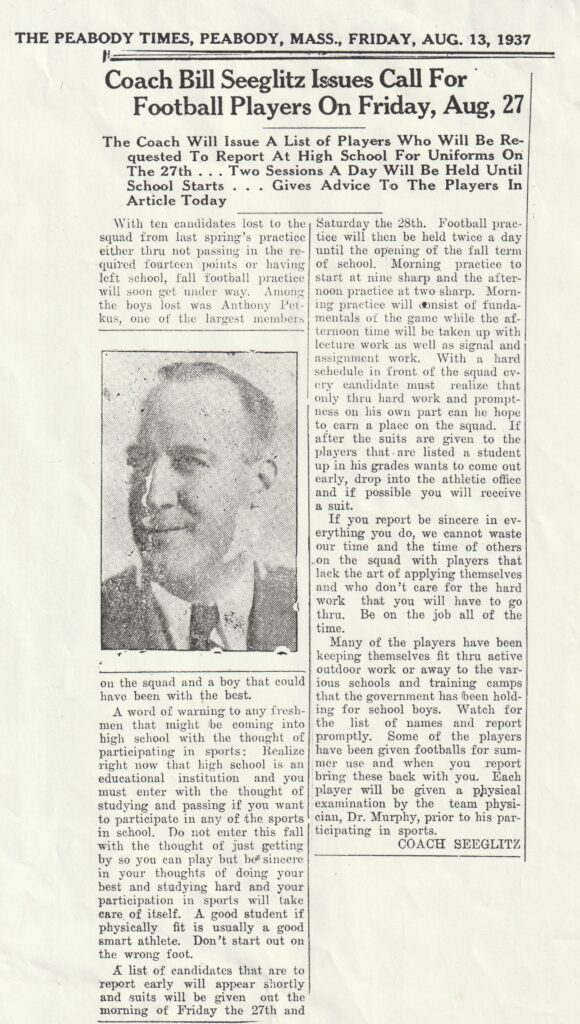 His best teams include the 1938 Class B Champions, who had an undefeated season with 8 wins and 1 tie. He also coached the all-star 1944 football team. He pushed his players to be their best selves and athletes. As a result, under his tenure, Peabody’s football team was elevated from Class B to Class A.