The Not So Scary History of Halloween

Our celebration of Halloween has deep and ancient roots. The Celtic Festival of Samhain predates Christianity. This pagan holiday celebrated the end of the growing season. Bonfires were lit to thank the gods for a plentiful harvest and curry favor for the following year. The Celts recognized that the light of summer and fall would soon turn to the cold, darkness of winter.

The Catholic Church recognized the importance of Samhain to the Celts. In the 8th century, Pope Gregory III established “All Hallows Eve” on October 31st and “All Saints Day” to fall on November 1st. These holidays displayed a similar reverence for death and re-birth.

In the 9th century “All Souls Day” was added, which most resembles modern day Halloween. Jack O’Lanterns were carved from gourds and turnips, meant to light the way for lost souls and ward off dark spirits. Children wore costumes to confuse the spirits; this was called “guising” or disguising themselves from ghosts.

Not surprising with its Celtic origins, Halloween came to America via Irish immigrants. As you can see below in an article from the Boston Daily Globe in 1884, Halloween is seen as a love letter to Ireland and the traditions they brought over. 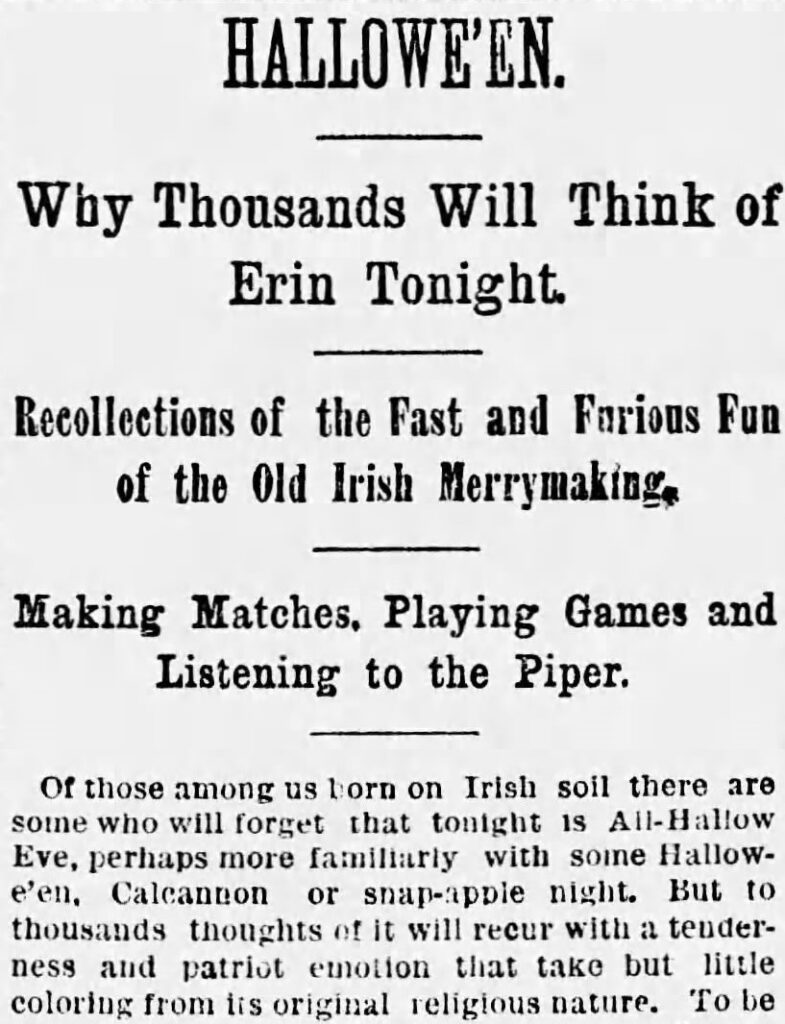 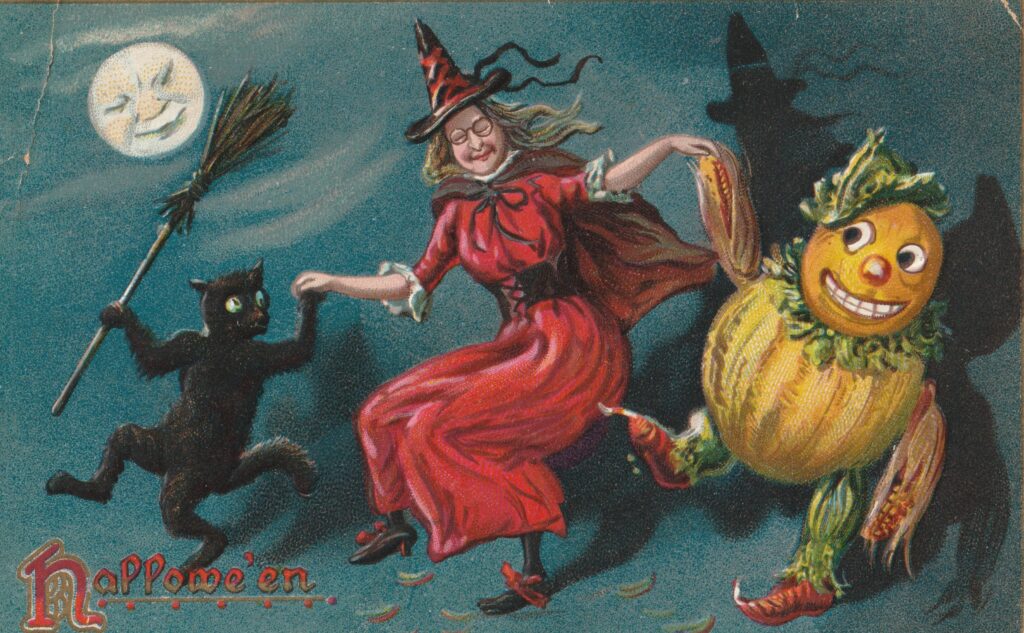 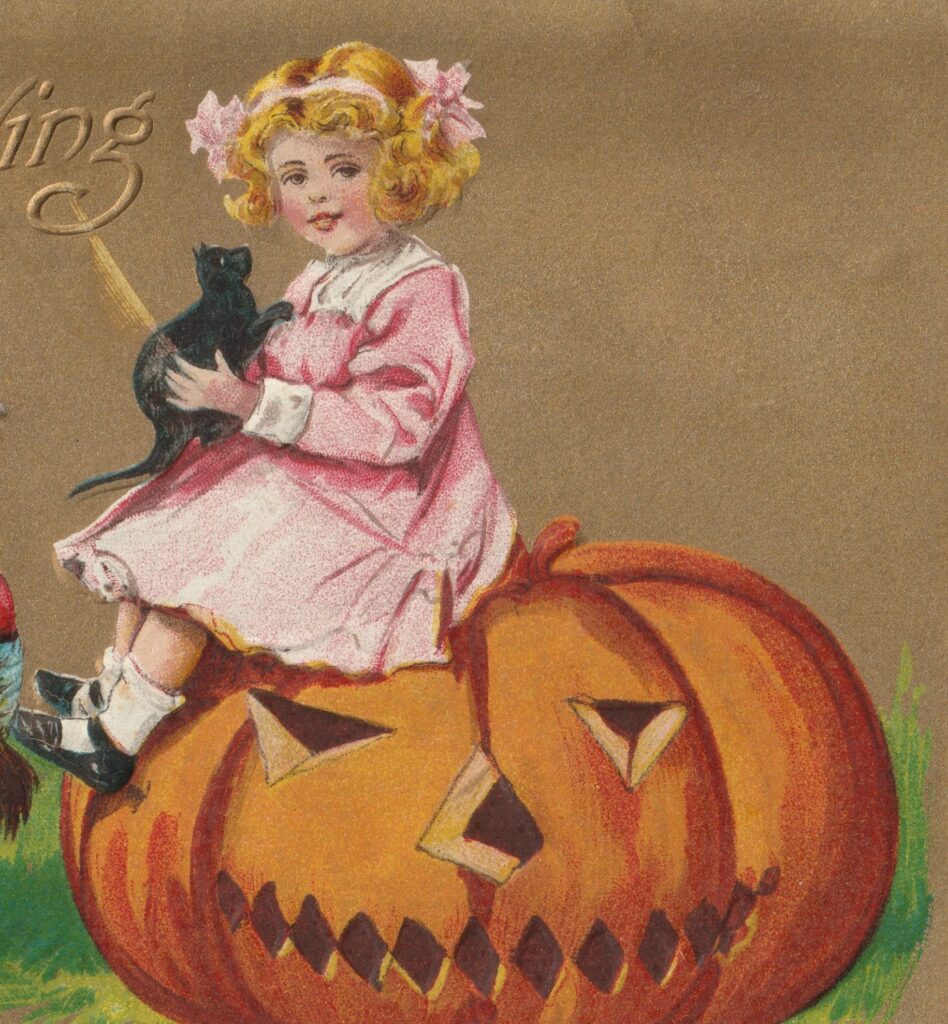 In these postcards – you will see some familiar Halloween imagery. Black cats were believed to aid witches in their dark magic. 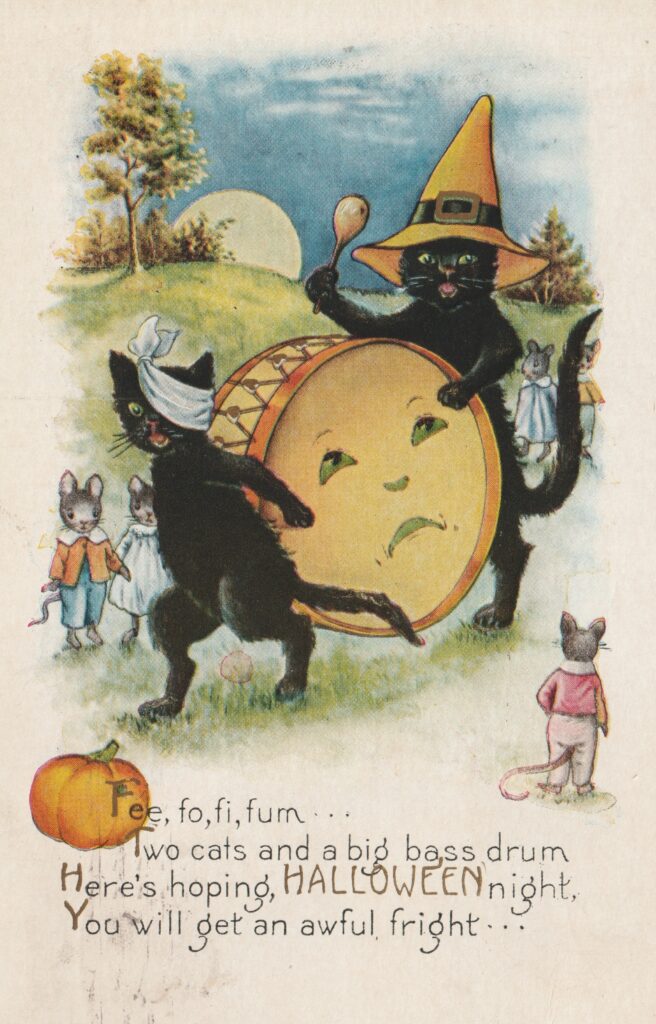 In the 20th century, Halloween deviates further from its religious origins. The secular celebration we know today is synonymous with candy and mischief! 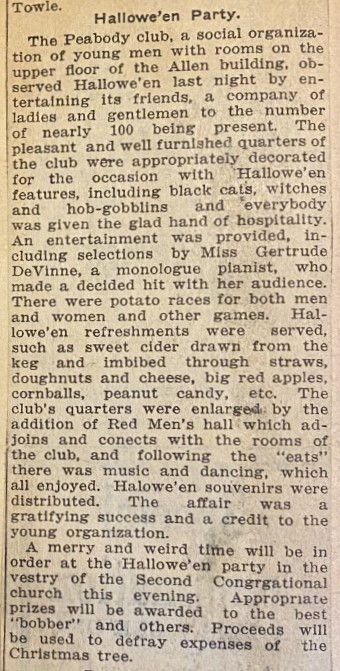 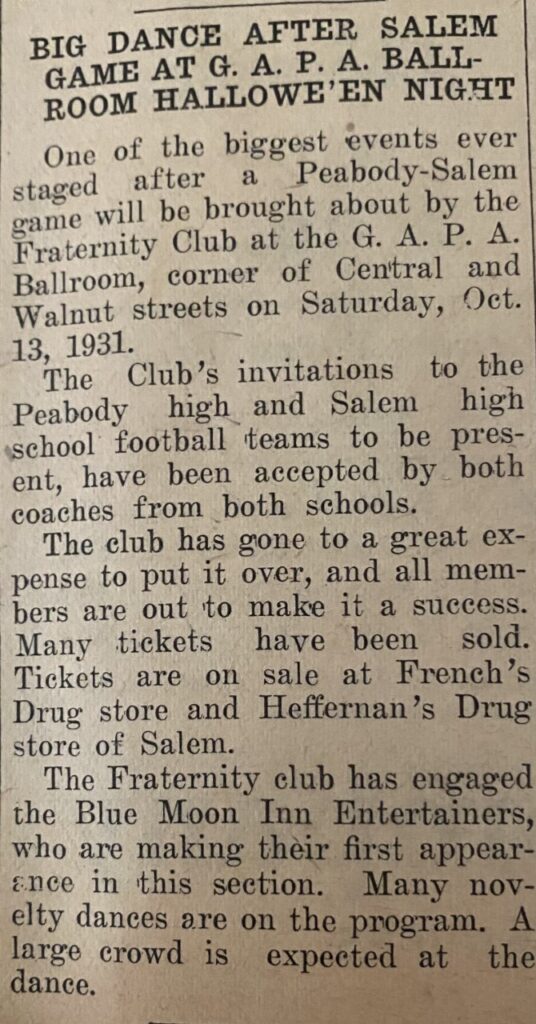 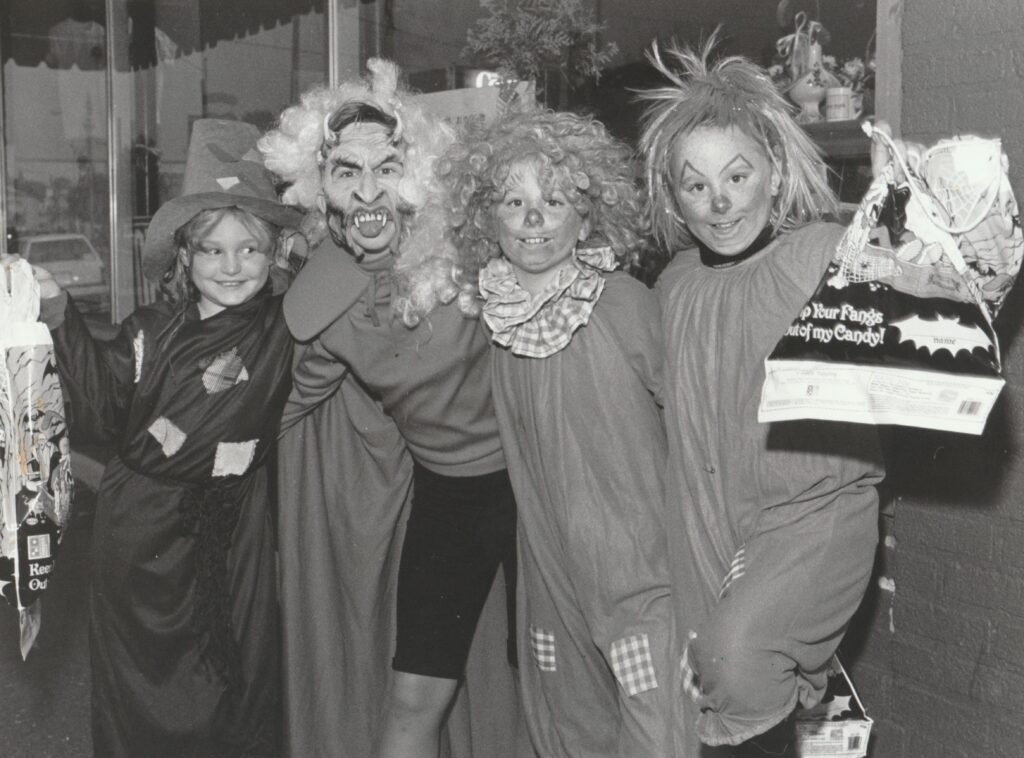 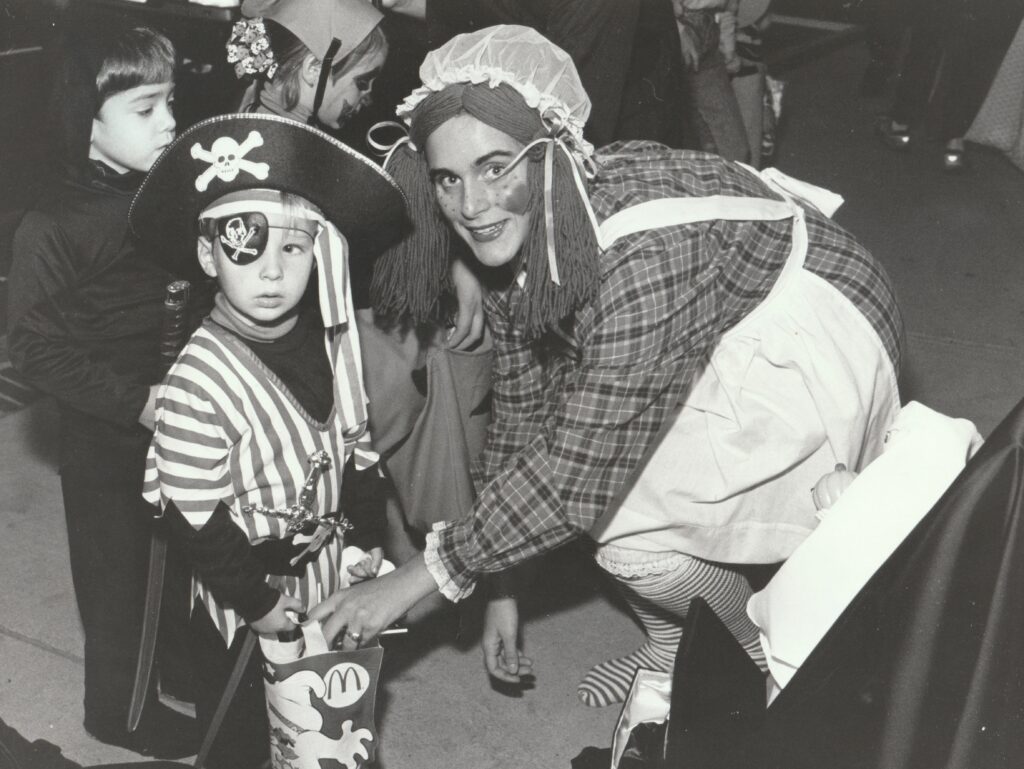 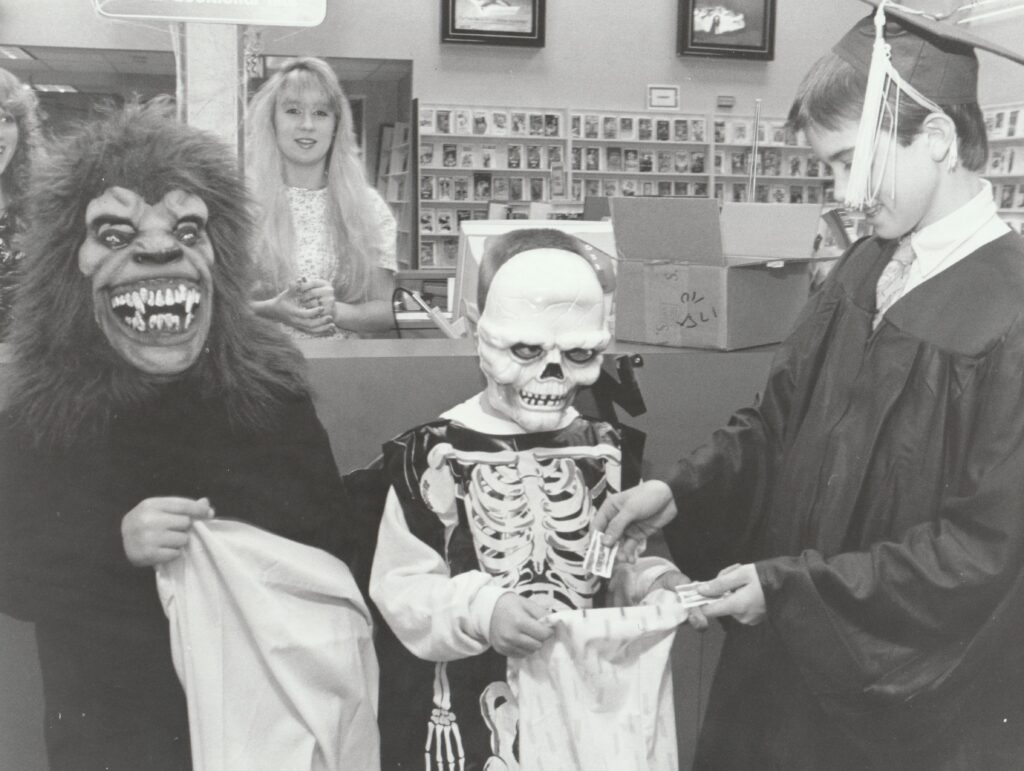 University of New York, Albany. “The Origins of Halloween” https://www.albany.edu/~dp1252/isp523/halloween.html