The Long History of Peabody’s Crafters and Makers

This weekend, the Peabody Historical Society & Museum is hosting the 39th Craft Fair and Apple Bake.

It is a wonderful showcase of local crafters and artisans. Who doesn’t love a handmade gift? Peabody has a long history of creative makers and “diy”- ers. 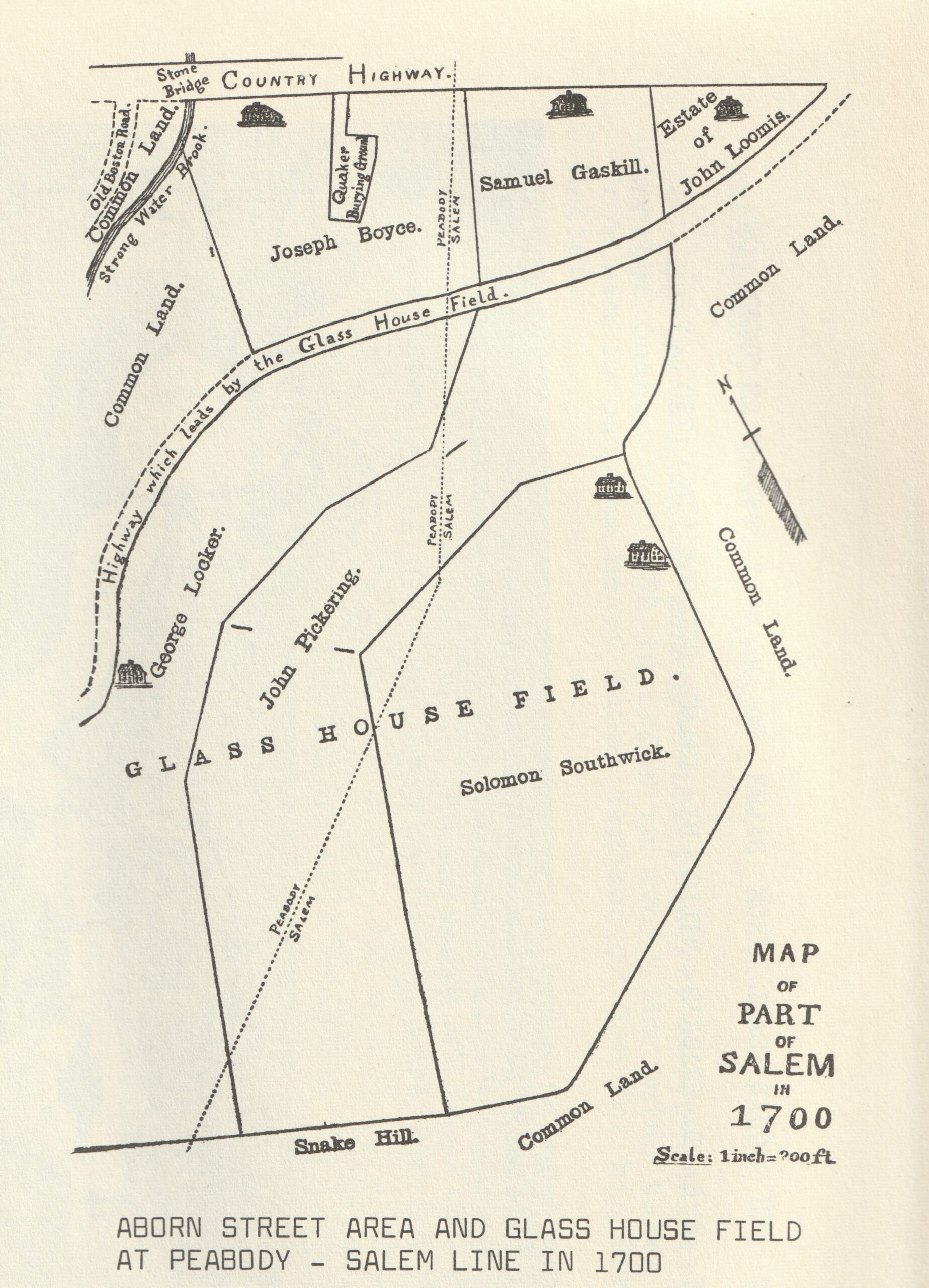 In 1639, Obediah Holmes, Ananias Concline and Lawrence Southwick petitioned the town of Salem for 30 pounds, for the construction a glass furnace. This was the first colonial glass making enterprise in the Northeast. Jamestown, Virginia had glass works back to 1608.

The “glass house fields”, as they were called, straddled both today’s Peabody and Salem, encompassing the Aborn Street area. The glass they created was green glass for bottles and windowpanes. 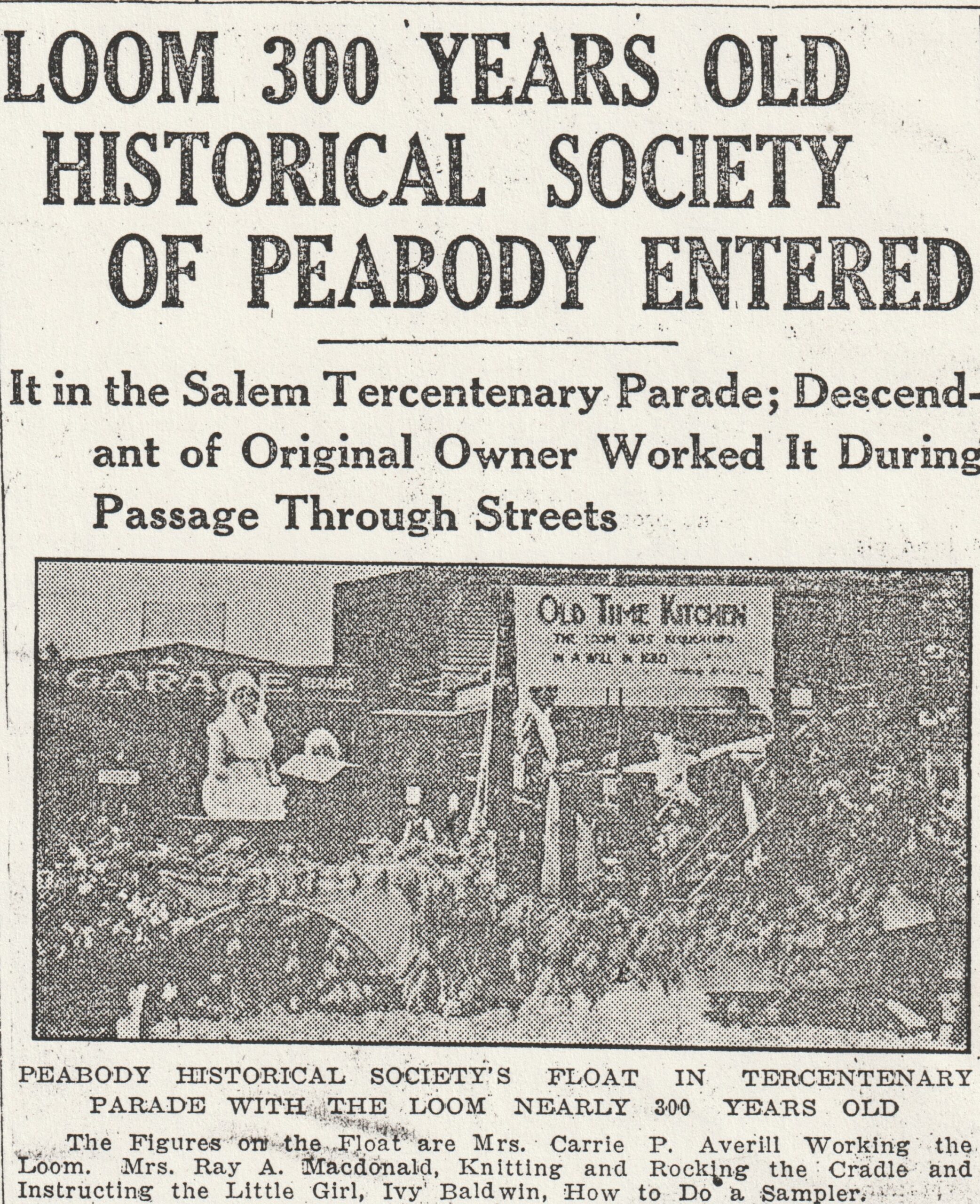 In 1678, when the Mansfield family traveled to the colonies, they brought their most prized possession, the family loom. It traveled in pieces, each numbered to be re-assembled when they arrived.

The loom provided textiles and blankets vital to the first settlers, as well as revenue for the Mansfield family, trained as weavers.

When Salem celebrated its 300-year anniversary in 1926, the Peabody Historical Society borrowed the loom and had it working on their parade float, as seen above from the Salem News. 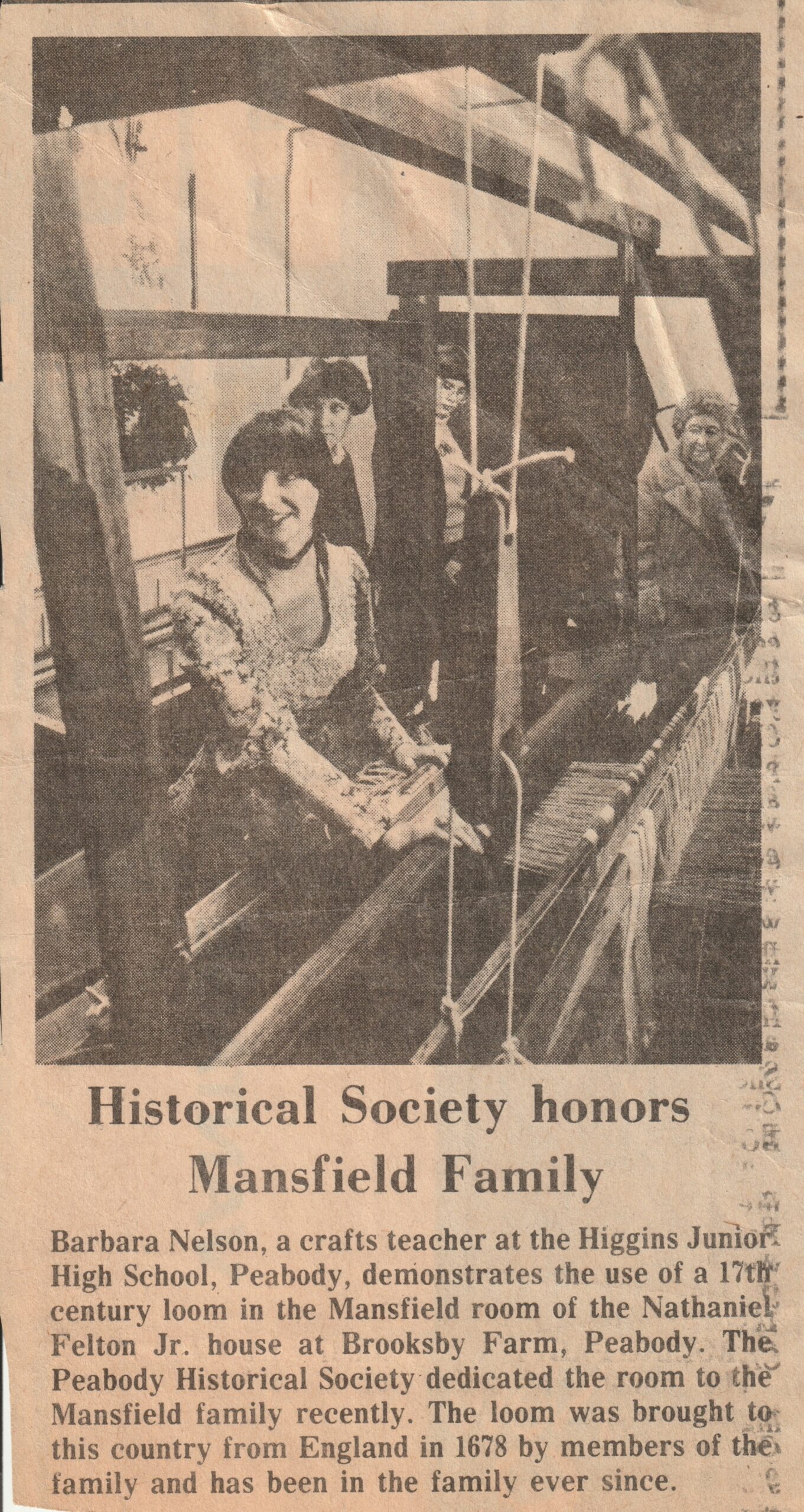 The Mansfield Family loom was given to the Peabody Historical Society, where it stands in our Nathaniel Felton Junior House.

Last, but certainly not least, did you know that the first potter in Peabody was Jonathan Kettle in 1731? He operated his business from his home at 31 Andover Street.

Soon after, in 1736, Joseph Osborn started his pottery business. The Osborn family ran multiple potteries along Central Street until 1853. The Osborn potteries were eventually taken over by the MB Paige Company. Below, you see a glimpse at their work in the early 1900s. 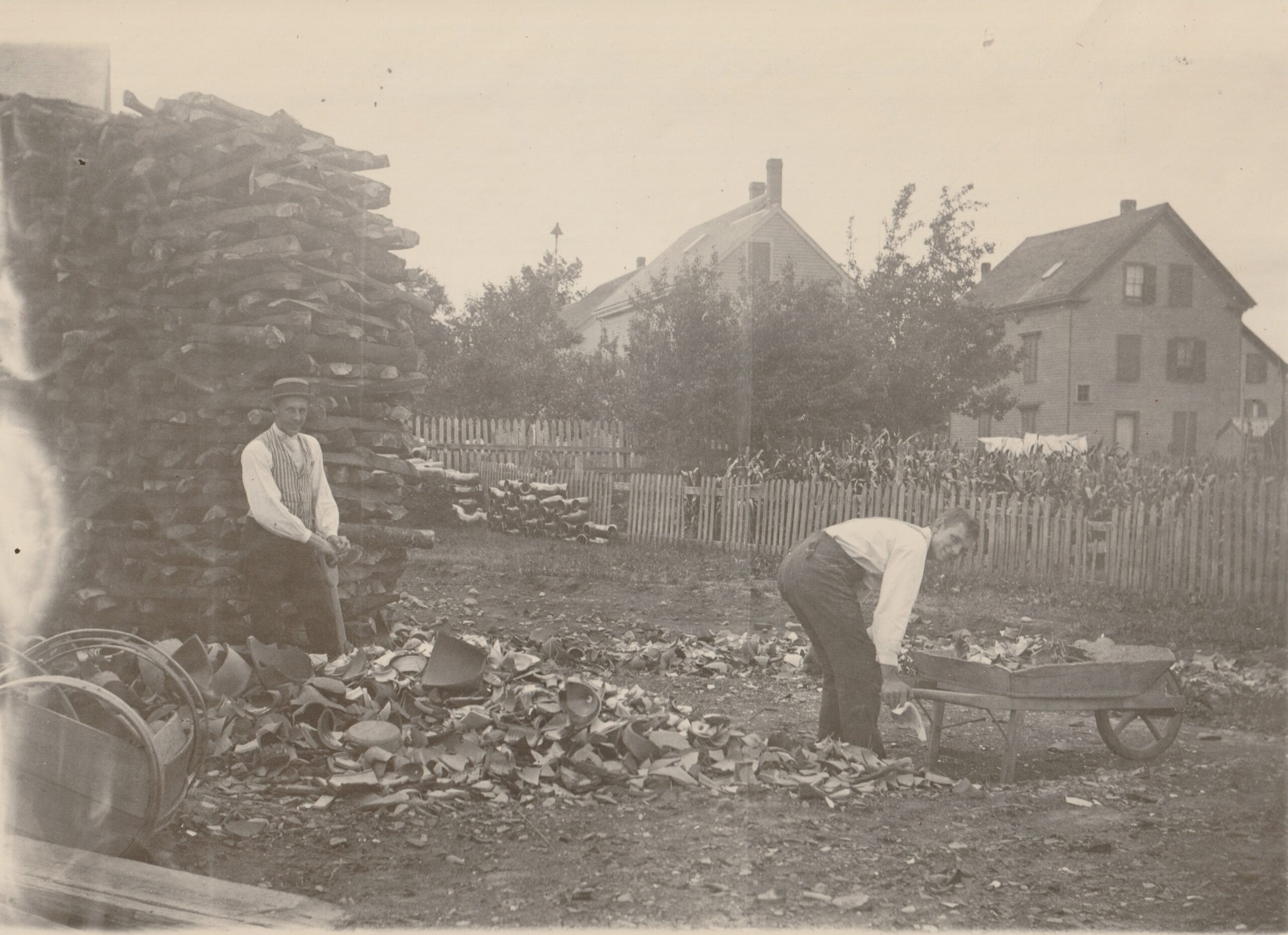 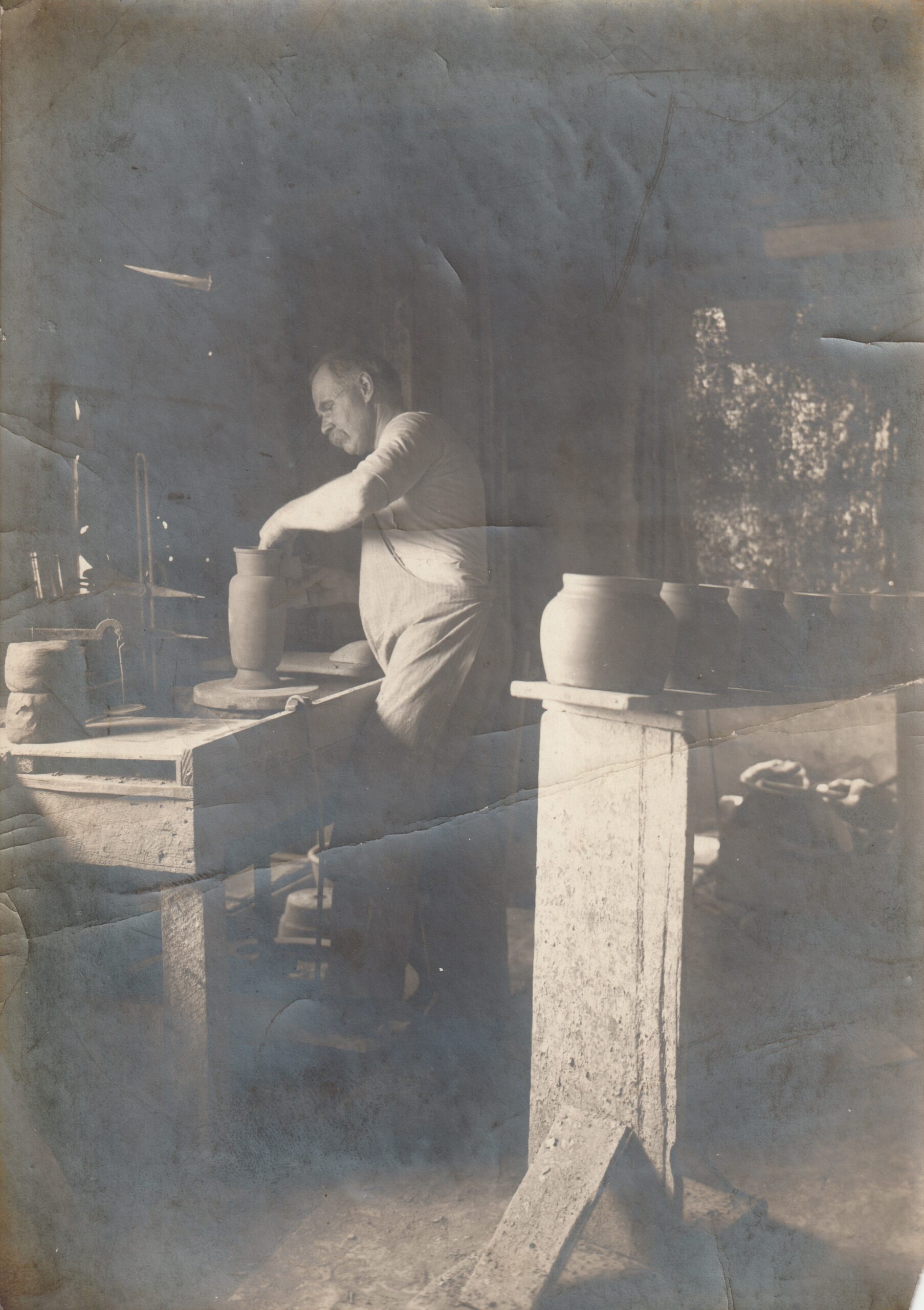 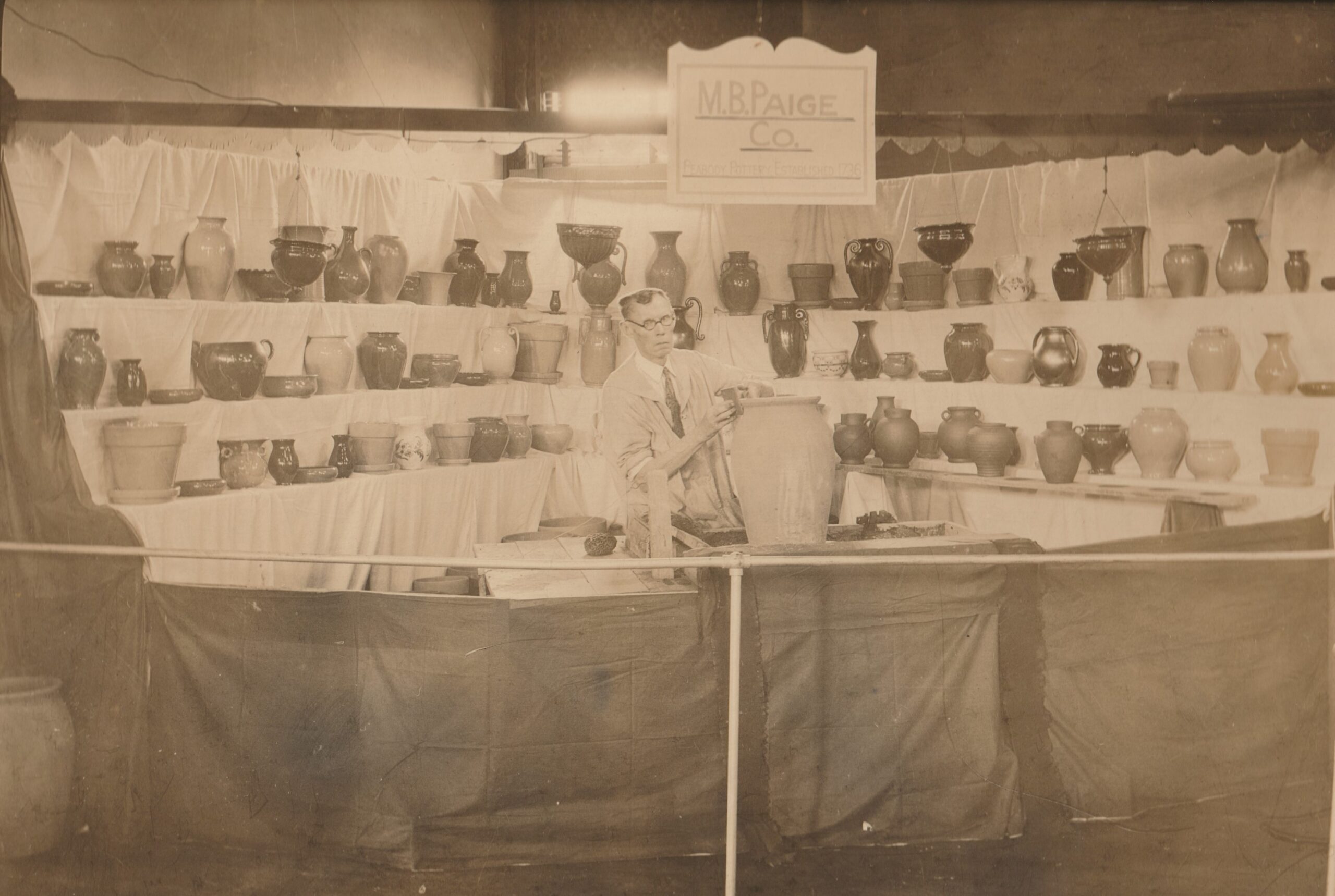 Join us this Saturday at the Smith Barn as we celebrate the work of contemporary crafters and makers.