Become a Member
Donate via PayPal
Volunteer
Donate with AmazonSmiles

In an effort to keep our members, visitors, and staff safe, the PHS has closed our headquarters buildings at 33 and 35 Washington Street to the public. Staff will be operating remotely to respond to normal business, museum, and wedding inquiries.

The page you requested could not be found. Try refining your search, or use the navigation above to locate the post. 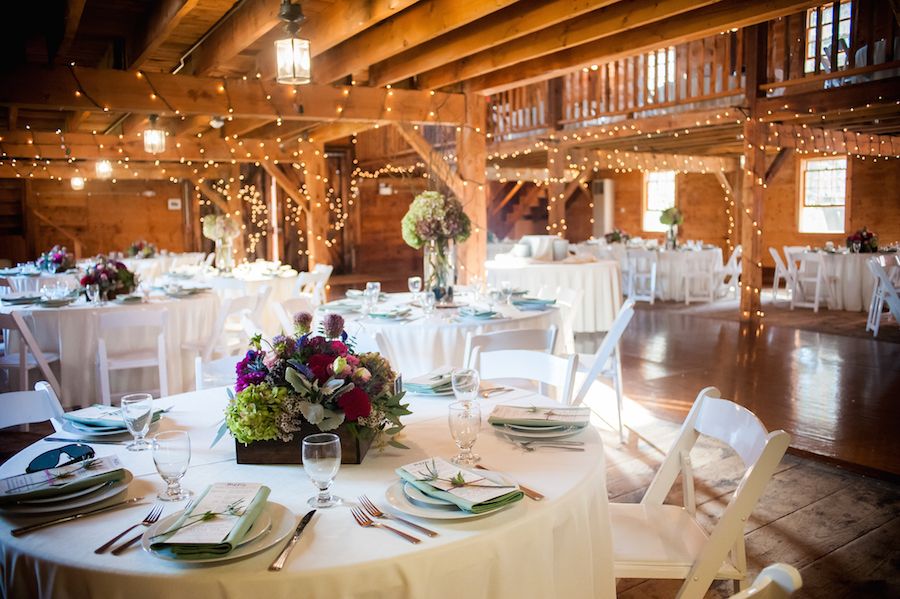 The historic Smith Barn is situated on a picturesque hilltop surrounded by two hundred and fifty acres of orchards and conservation land. Located at the Felton-Smith Historic Site adjacent to Peabody’s Brooksby Farm, the Smith Barn is the perfect setting for your special day. Rich in beauty and significance, the site represents over three centuries of the region’s history and is home to several historic landmarks.

We are proud to share that the Smith Barn was chosen as  Bons Best of 2020, Reader’s Choice for Wedding Venue! 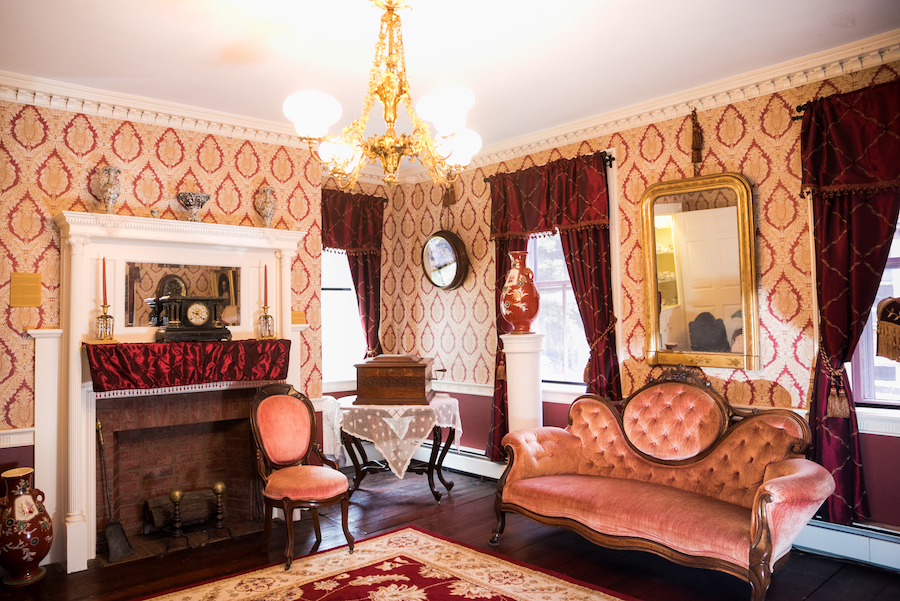 Founded in 1896, the Peabody Historical Society & Museum is a center for the preservation, study and enjoyment of Peabody’s cultural heritage. The Society’s collections are of local and national significance and document over 300 years of the region’s history. The Society maintains eight historic properties, an extensive library and archives, and a large collection of china, textiles, furniture and fine and decorative arts.

Do you remember skiing at Page Hill?

Page Hill was located off Summit Street, next to Route 128. In 1950, Page Hill opened as a local skiing destination with a 1,200-foot ski tow. By the late 1960s, it was open 7 days a week from 9am to 10:30pm during the winter season. The loud speaker played “alpine music” for ambiance. Today, it is part of the commercial development of Centennial Park. 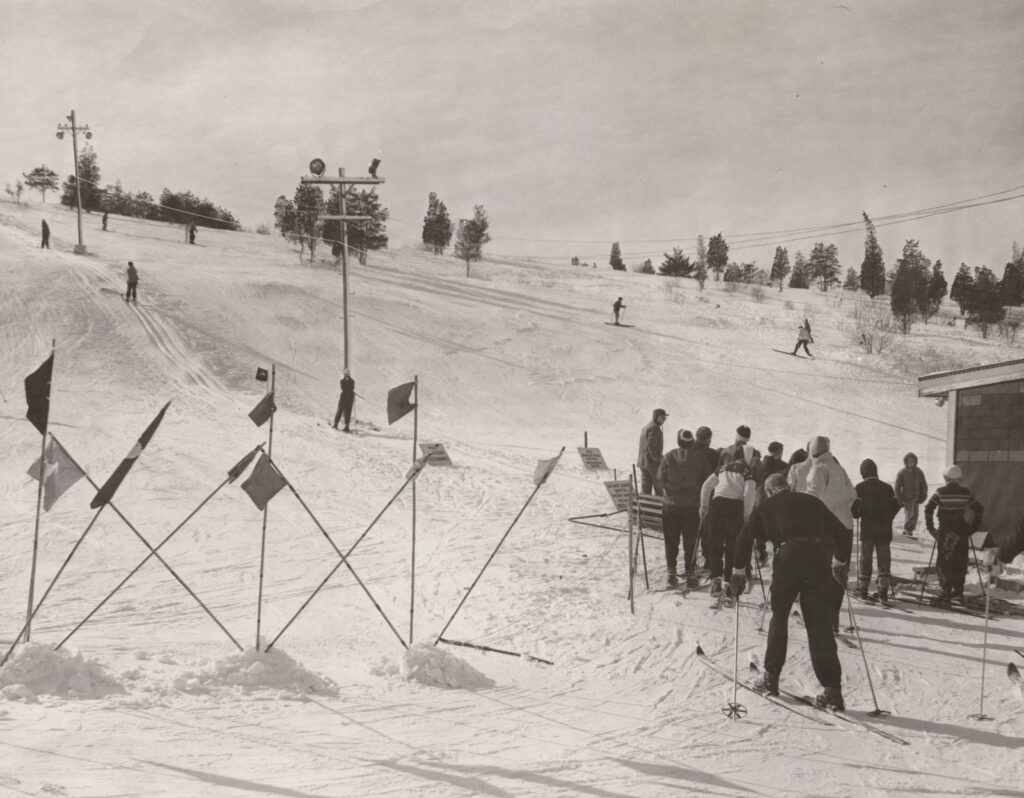 Image from 1950; Photographer was Ray Wallman.

For more images and information – check out our Blog.

79 years ago, on December 7, 1941, the Japanese bombed Pearl Harbor, off the coast of the Hawaiian island of Oahu. The United States responded to this aggression by declaring war on the Axis Powers, and formally entering World War II.

There were 24 men from Peabody stationed at Pearl Harbor. One of them was Joseph Pechinsky. On that fateful Sunday, Pechinsky was attending a Catholic Mass, and credits this with keeping him safe from harm.
The other Peabody men at Pearl Harbor:

For more information – visit our Blog.

The Show Must Go On 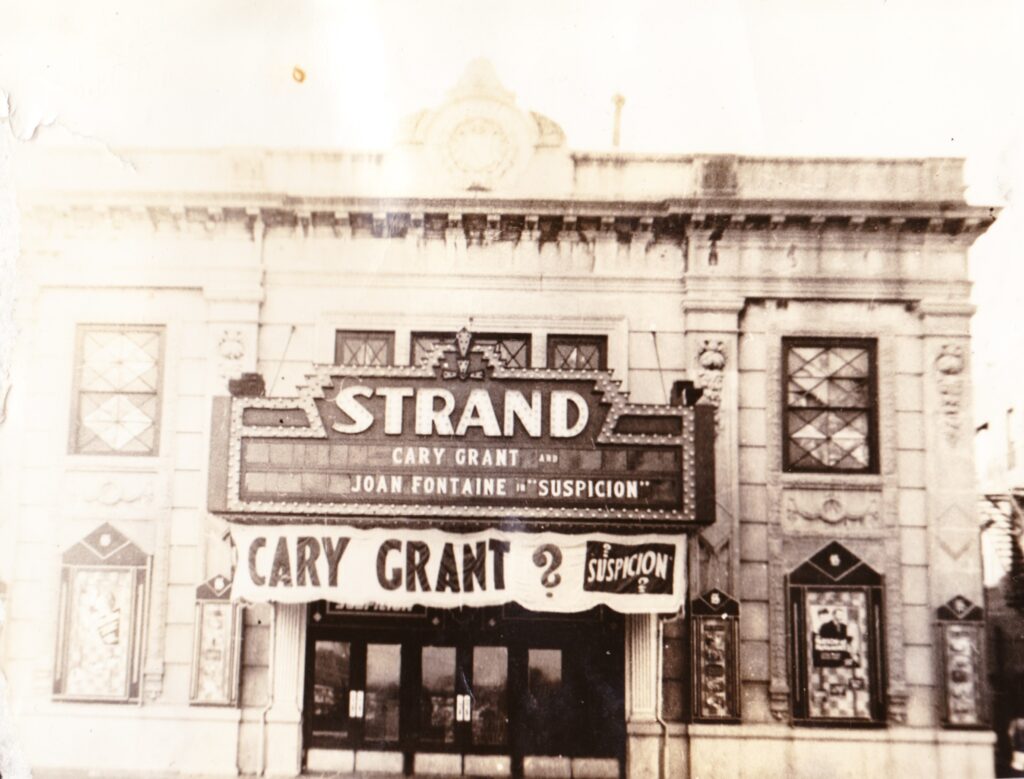 The Strand was built by the Structural Stone Co. of Lynn and designed by EA Earp. It was unique as one of the first public buildings in Peabody made of concrete.
The Strand stirred up controversy with the introduction of its Sunday shows. Despite objections from the local clergy, the Selectman gave the Strand a license for Sunday entertainments. On the first Sunday evening, the Strand had a full house. This was especially impressive as the theatre could hold up to 1,100 people.
More images on our Blog.
« Older Entries
Next Entries »
Learn More

Join our mailing list to receive the latest news and updates from the Peabody Historical Society and Museum.

You have Successfully Subscribed!